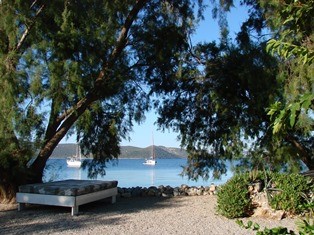 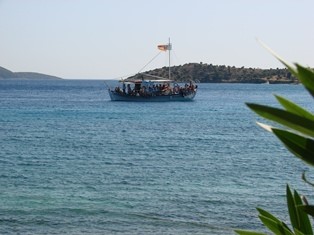 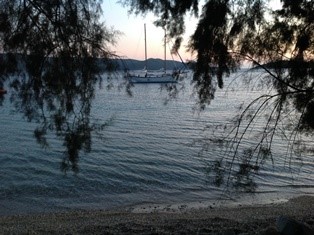 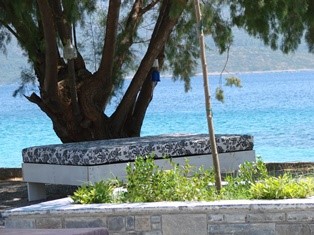 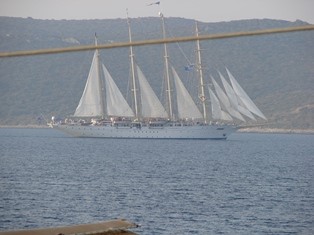 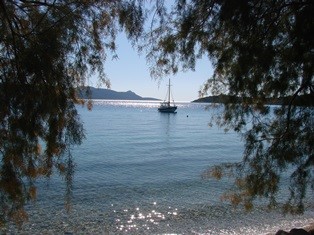 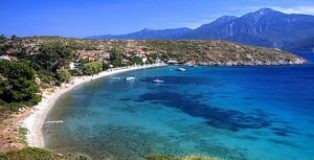 Klima Bay can be reached via the beautiful wooded mountain road which runs from Paleokastro to Posedonio. This road grants you ‘through the trees “often fantastic views over the Aegean Sea to Turkey.

After you’ve taken the exit at Klima bay, you descend slowly on a good road (this was previously only a path for transport by donkey). The road ends at the sea where you will experience the same breathtaking views.

The inhabitants of the bay are all Greek families who around April / May arrive to their summer homes in Klima and in September / October return for their homes on the island or head back to the mainland. The bay has a fine pebble beach which is very gently sloping into the sea. There are two traditional Greek tavern as with a great atmosphere. At evenings and weekends the local Greek gather here for a drink and tasty diners.

This bay has its own picturesque Greek Orthodox church which is built on the hillside and well worth a visit.